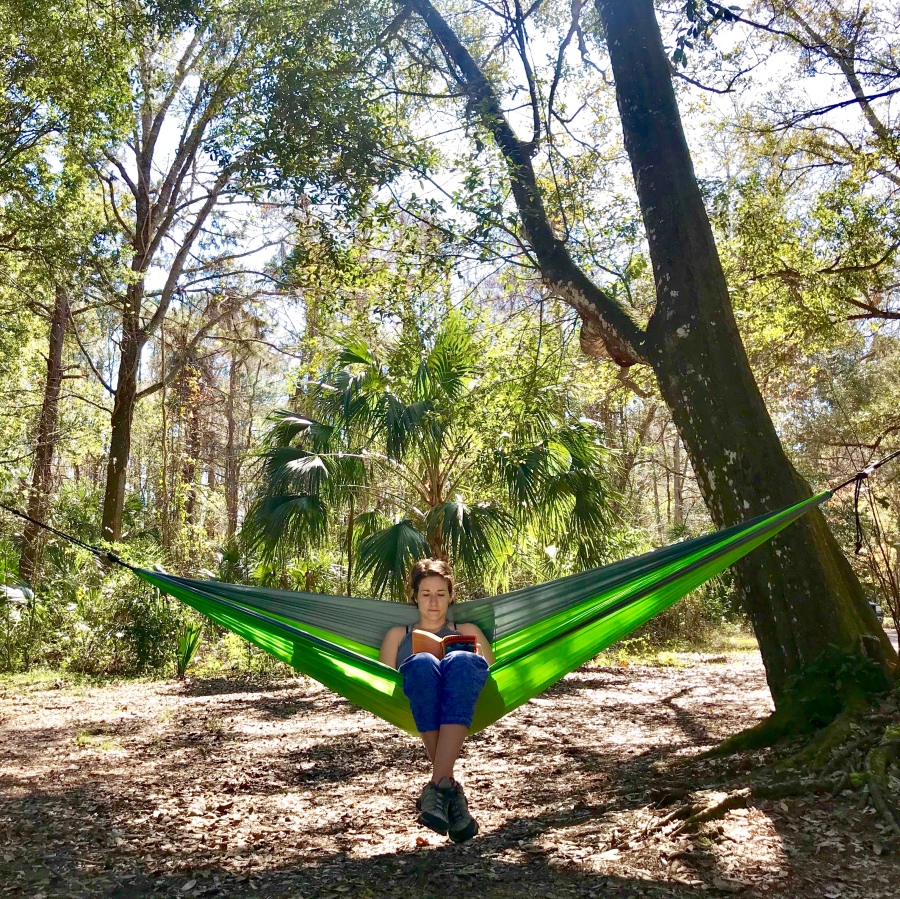 We arose from our Versa tomb, got a hot cup of coffee and headed to Ocala National Forest.

This day turned out to be a lovely one despite the many failures that would befall us. Ryan had researched some campsites in the area, but I stumbled upon some no-fee primitive sites on a website; we wanted to check one out because it sounded like a good spot and was right off the road. We would have to drive through a small town to get there, which sounded delightful.

We should have known when we passed a sign for “Cowboy Church: Ride for Jesus,” that we were entering new territory.

We had to make a left off the main road but were hesitant because 1) It was made of compressed sand and covered in potholes and 2) We saw a man standing in the middle of the road pointing at us.

We decided to keep driving.

We rolled down the window to see a man with long gray hair, six fingers, and a Jesus T-shirt from what was probably his first revival in the 1970’s.
“You see the bears? They were right where you made that left.”

No, we had not seen the bears because we were distracted by the man standing in the middle of the road of sand and potholes.

“They say we don’t have bears out here ha ha! That’s why I’m staying over here.”
Ryan and Kate say things like “oh geez” or “be careful” or “stay safe.”
Florida Man goes walking off in the direction of the bears.

We drove slowly and passed a few cute double wides with maintained flowers and porches, and then things began to turn. Front yards became scrap yards. American flags became Confederate flags. We drove until our sweet baby Versa could not take one more pothole, and then we turned it around. We decided to camp at a site at Salt Springs because we didn’t want to get a flat tire/die.

Salt Springs was a beautiful little site on another natural spring. We made camp and strung one of our hammocks between two trees. Two park workers told us there was a trail behind our site that lead to the water, so we wanted to check it out. The trail was poorly maintained, so it was hard to determine which way to go. After trying and retrying a few different routes (and getting branched in the face), we retraced our steps and went to the water the easy way (via sign and gravel road). We watched these two birds for a while. 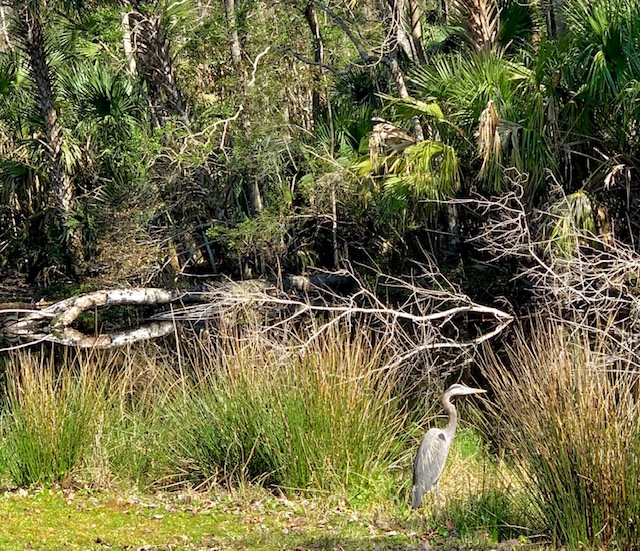 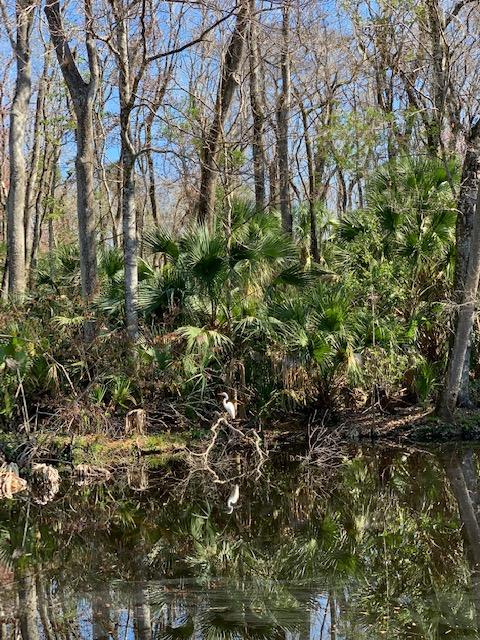 After our walk, we read a little and then took a nice nap in the shade. A hammock nap is a good nap.

Upon exiting our nylon cocoon, we decided to check out those salty springs. It was nice to see families wading in the water and splashing around. I dipped my toes in and the temperature felt very much like Rainbow Springs. I was contemplating a swim, but we decided to check out a trail head nearby that Ryan was excited about. We would be able to access “Hidden Pond” from this trail.

We got the Versa in high gear (low gear) to traverse some more unsavory roads. We turned left onto a loose sand road and saw a giant hole filled with muddy water. Because we are who we are, we decided to drive on through! We stopped a few moments later when we saw another giant mysterious hole and realized we probably wouldn’t be able to make it. Doing a three point turn on a one-way loose sand road is not easy. 50 points to Ryan. And sorry to Ocala National Forest for those few feet of thorny brush we had to drive over.

Defeated for the third time that day (but spirits still high!), we drove to a short (marked) trail to the water.

We saw some cool puffs and learned what limpkins are (bird). We accidentally referred to them as lumpkins, so they will heretofore forevermore be called thus.

After dinner, we decided to make a fire. It was fun trekking into the woods to find the driest branches for kindling. I blame the wood for our numerous failed attempts. After twenty minutes of smoke inhalation, we called it quits and walked to the water to see the stars. And see them we did. The night sky was a perfect canvas.

Sometimes the day doesn’t go exactly the way you want it to. But the important thing it to remember to laugh through it, and don’t forget to look up.